TB Award!!!! For all the TB owners/eventers!  We have again a very generous USEA Area II contributor, Judith Lamb, she is sponsoring a 2nd annual Special TB award (donating a silver plate and beautiful cooler).  If you signed up for the 2012 USEA Area II Year End Awards Program with your TB you are automatically eligible for this Special Award.  A separate points tally will apply for TB's the "smurfs" are equally eligible at all levels (Beginner Novice through Advanced). We assigned separate points system from YEA for this Special TB Award - placings 1-6 and assigning points 6-1. We can not thank Judith enough for the very generous sponsorship! The 2012 Special TB award goes to Season O'Reason with her jockey Sara Vitkus finishing with an accumulation of 50 points. Last year's "race" was a very close one, this year the leader was a "furlongs" ahead of the runner up :) The runner up was Armani IV & Andi Lawrence with a total of 38 points.  Congrats to ALL the TB's and the jockey's!

Sara Vitkus, age 17, had a fantastic year on her OTTB gelding Season O' Reason ("Nike"), who she has owned and competed for 3 years.  Sara and Nike moved up from Training level to Preliminary, and began training with Hannah Sue Burnett.  They finished in the top 3 placings in every outing, including Millbrook in New York, the AECs in Georgia, and her most recent victory at the Area 2 Championships at Morven Park in October.  That was Nike's 50th horse trial!  Her goal for 2013 is to compete at the Virginia Horse Trials 1* event next Spring and possibly move up to Intermediate.

Season O' Reason ("Nike") was bred to race but born to event. I am probably more happy than anyone that Nike was a "racetrack dud." In less than 2 years, Nike took me from beginner novice to the preliminary level. We made our prelim debut at Virginia this spring and much to our surprise/amazement, we took home the blue! After that, we competed all around Area II, finishing in the top three in every outing. At the AECs, Nike and I were one of the few pairs to finish on their dressage score (32) and we finished in 3rd place. My favorite moment was winning the Area II JYOP Championship at Morven Park, which was extra special because it was Nike's 50th USEA Recognized horse trial. He loved leading the victory gallop in honor. After a great year at preliminary, we have our sights set on the Virginia CCI* this Spring and hope to tackle the "red fences" (intermediate) sometime in the future. 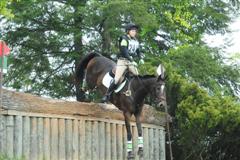 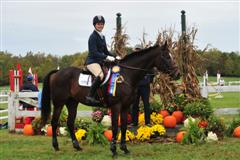 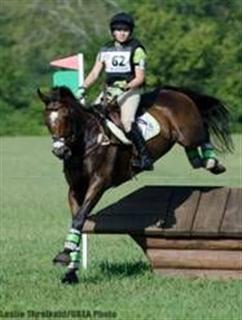 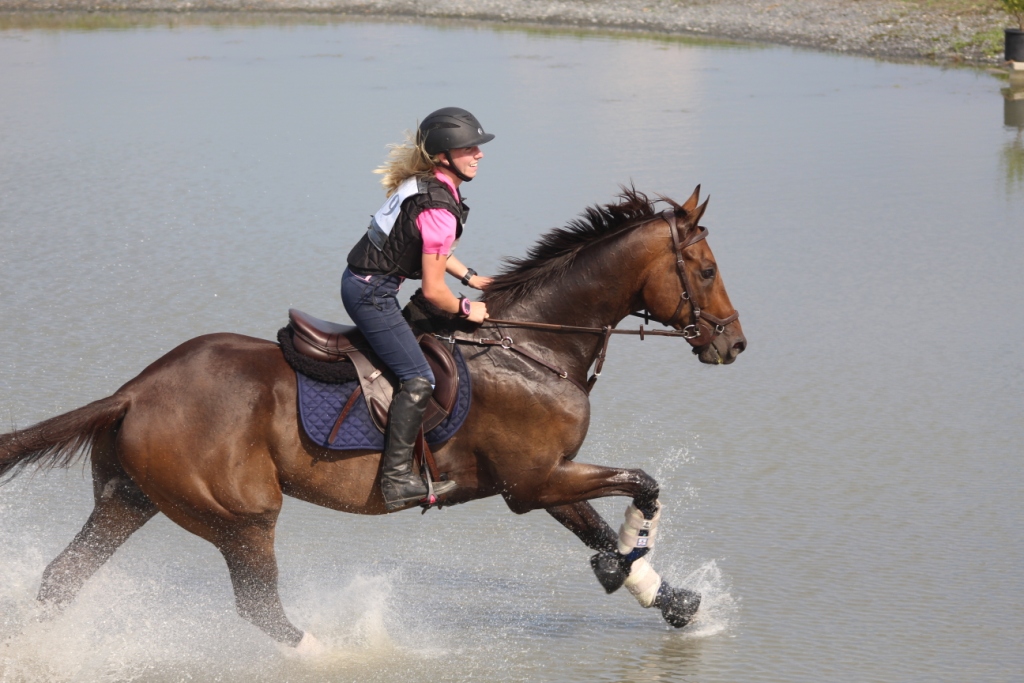