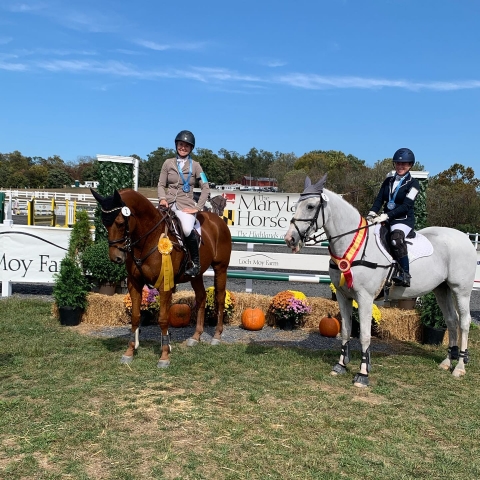 The Maryland Horse Trials in Adamstown, MD., was the host for the 2020 Area II championships, which held all divisions over three days of competition. Due to pandemic restrictions, the organizers scheduled each division to be held in one day, with show jumping taking place last in reverse order of placing, which made for some excitement in the final phase.

Elizabeth Bortuzzo and Belongs to Teufer started off the weekend on Friday, to win the Intermediate championship. She placed second after dressage and pulled up to first after XC, adding just 1.20 time penalties to a clean round, then added just one rail in show jumping to win with a respectable score of 37.3. Reserve champion was Erin Harrington and Viola, with 3rd place going to Courtney Sendak and DGE TheManInTheGlass.

In Preliminary, a stout field of 16 contested the championships, with Martin Douzant and Frame Shamrock leaders from start to finish. They held their dressage score of 29.40, adding a little bit of time on XC (.40) to carry the day with a double clear stadium round for the win. Brooke Bayley and Lotos pulled up from 15th after dressage, with two double clear jumping phases, to receive Reserve champion. Arden Wildasin and Sunday Times was third.

On Saturday, Elizabeth Stewart and Innsbruck BDO took the Modified Championship, starting the day with a sharp 25.70 dressage test and adding only a few time penalties in XC, to finish with a 29.70 and win the division. Reserve champion Special Reserve with Mikki Kuchta, who was double clear to finish on their dressage score of 30.20 and in third was Arden Wildasin with Dusky Shadow. The top scoring Adult Rider was Carly Eddahri on La Perle Noire (4th, 33.30), and the top Young Rider was Julianne Elliott on Mystic Hazzard (8th, 43.60) A very competitive division!

The Training Championship was divided into Junior and Open. The Junior Training Championship was won by Kiera Kenny riding FE Chardonnay, starting the day with a 28.90 dressage test, adding 2 time penalties and jumping double clear in stadium to win. An Area II Young Rider legend horse, Flintstar, was Reserve champion ridden by Carlin Keefe (32.30), and in third was Lusi ridden by Grace Mykityshyn (32.70).

The Open Training division championship was won by Martin Douzant, his second championship of the weekend, this time on Olympus, finishing with a score of 30.70, after double clears on both jumping phases; reserve Champion was The Optimist, ridden by Ryan Wood, with 33.40, and third was Arden Wildasin on Tokyo Drift with 35.70.

The Open Beginner Novice Championship did not miss the rain that crept onto the grounds, and the winner was Beth Zielinski riding BSF Ducati 696 with a score of 28.00. Reserve Champion was Jaclyn Burke riding Chance of Liftoff, with a 28.50; and in third, Money To Burn ridden by Tara Astacio - with a 29.00 - all scores at the top within one point! The Junior Beginner Novice championship wrapped up the weekend, with Claire Wheeler riding Mary Alice Brown coming out on top, with an awesome 19.80 dressage score held throughout the day. Reserve champion was Leeci Rowsell on Dot Com with a 23.80 and in third was Madison Springle riding Andante.

Maryland Horse Trials and Carolyn MacIntosh deserve our thanks for a beautifully presented championship competition. Area II Chairman Melissa Stubenberg and YR Coordinator Chris Donovan also deserve thanks for going above and beyond in providing support. Many volunteer hands helped - from those who handed out the Completion ribbons to those who helped with prizes and ribbons and all the volunteers at MDHT. Thanks to all who helped make it happen this year! Lots of pictures were posted at the Area II group Facebook page (scroll down for photos) Complete results are at evententries.com, and don't forget to fill out your Event Evaluation form (online). #AreaIIrocks 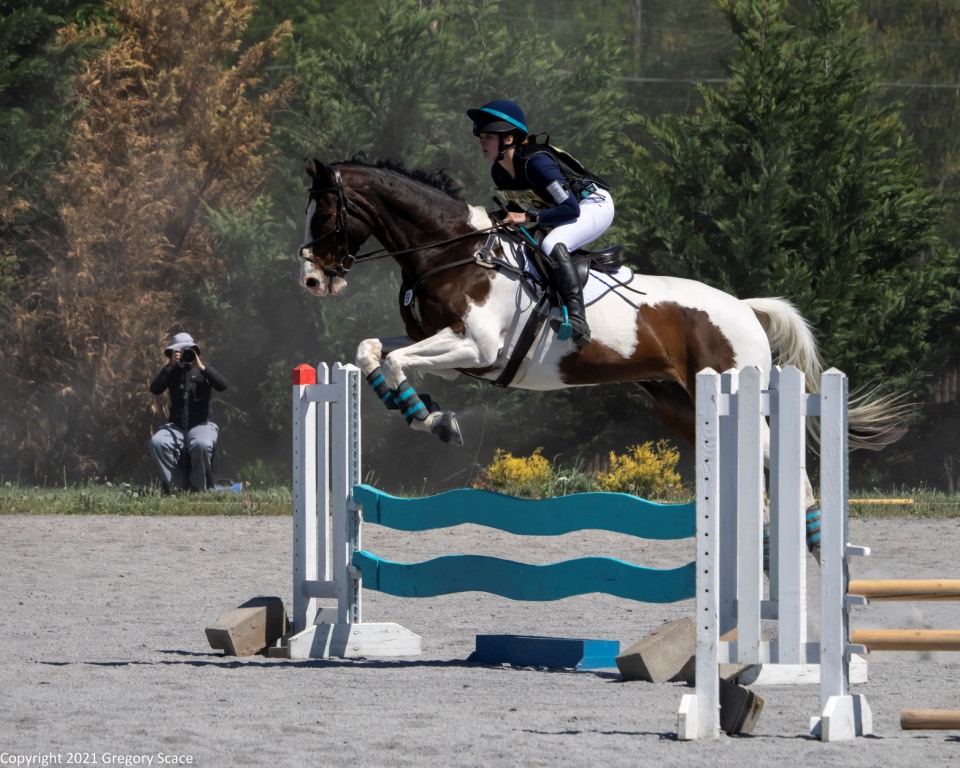